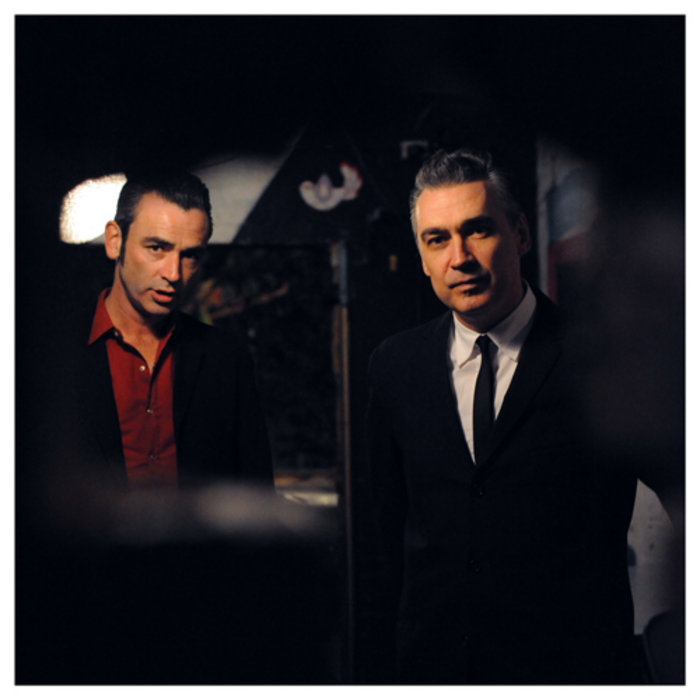 I was your classic 'grey man', hidden in plain sight. I'd played in pubs and bars for 20 years without leaving an impression on anyone, and I was sick of it. I called my then new band "Chris Russell's Chicken Walk' and had a personnel of one, me. If I played well enough, and often, surely someone would notice, even remember.

Handsome Dean Muller's reputation had been built the old fashioned way on the triple foundation of talent, hard work, and passion. A highly regarded drummer playing in institutions like Hoss and The Cosmic Psychos, he made his mark playing Punk, dressing Mod and thinking Jazz.

Dean joined me and we played our 1st gig on December 27th, 2011 at the Standard Hotel in Fitzroy st. Fitzroy. The gig sounded like our 1st jam a month earlier, we already sounded like a band. We played about 20 gigs before recording this album and, at the time of writing, about 60 gigs since.

We packed Dean's ute with instruments and recording equipment and headed to Backrabanyule, about 3 hours North West of Melbourne. Whatever the town once was, it was now 2 houses and a Town Hall. The old hall was built in 1909 and whilst well kept, was showing it's age. The original, ragged flag was still hanging on one wall opposite a portrait of The Queen. The old timber floorboards had dried and shrunk and I could see the red earth upon which this place was built peering up between the gaps.

We set up and played, 2 takes each of 16 songs recorded on saturday night and sunday afternoon, Dean mixed them on the spot. We set out to make a record that was just that. A record, a document. As natural and unforced as the land around us. My favourite pieces of recorded music were done this way. Snap shots. Not doctored or intellectualised, not rationalised, real living music. Chris Russell, Oct 2, 2012

It sounds a lot like the North Mississippi Hill Country Party Ass Blues.

Bandcamp Daily  your guide to the world of Bandcamp

Ashia Karana guests plus jams from across the globe from IAMDDB to Mndsgn and more.